WhatsApp has extended its support for the latest iPhones, and in the coming days, iOS users will get a much-requested feature. Since the day Apple added TouchID to iPhones, WhatsApp users have been requesting a feature  which allows them to secure their app with TouchID. And finally, WhatsApp has started its work on the requested feature as the references were found in the latest update. WABetaInfo states that WhatsApp users on iOS will soon be able to unlock their WhatsApp app using their TouchID (on the older iPhones) and Face ID (in latest iPhones). But do make a note that the feature is still in super Alpha stage of development, but most likely, WhatsApp will develop it owing to high demand from users.

WhatsApp to Get Face ID/TouchID Support: Here’s How it Works 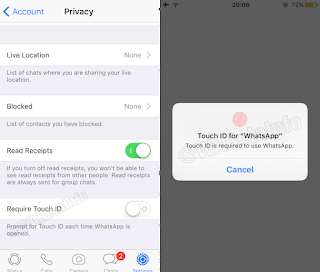 If you did not get what I said above, here’s another explanation. In Android, users have the freedom to download any third-party application to secure their apps (example: WhatsApp) and some OEMs such as Xiaomi, Honor includes it as an in-built feature, knowing the importance. However, that’s not the case with Apple as the Cupertino giant doesn’t allow users to secure their apps using any third-party mechanisms, meaning app developers have to add the feature into their application.

WhatsApp Users Have Been Requesting This Feature for Ages

As mentioned above, WhatsApp users on iOS have been requesting this security feature for a long time. But finally, WhatsApp has started its work on this feature, but again, do make a note that it’ still under development and will be available to the public at a later date, of which, the date is unknown. Once rolled out, users can enable this feature by heading over to Privacy section inside the WhatsApp settings menu and enabling the ‘Require Touch ID’ or ‘Require Face ID’ function.

Once enabled, WhatsApp will ask users to authenticate using TouchID everytime they open the app.

WhatsApp for ioS Will Also Get Dark Mode 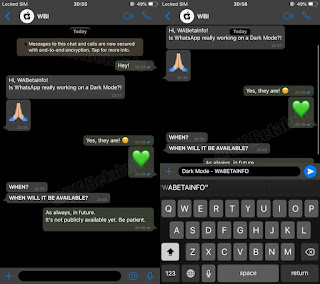 Besides this new security layer, WhatsApp for iOS will also receive Dark Mode functionality in the future. The Facebook-owned company has started its work on the much-awaited Dark mode and here’s our first look of the same.