WhatsApp appears to be testing a new feature, an option that would let you share your Statuses to Facebook.

The capability, which has been introduced in a beta version of the messaging service, will work in the same way for other Facebook-owned services, like Instagram, as well as third-party platforms.

Here’s all you need to know about it. WhatsApp’s latest beta brings a new button on the Status tab of the app, the place where users share Instagram story-like images, text, and videos that disappear automatically after 24 hours.

The option, when clicked, provides a way to send the Status shared on the messaging app to your Facebook Story or on any other app like Instagram, Gmail, or Google Photos.

The feature could save users from the trouble of taking screenshots and posting the same thing on any other platform.

And, it’s worth noting that the social network won’t be linking your WhatsApp and Facebook accounts using this trick.

The Verge has learned that the feature would use the same data-sharing API that other apps use for transferring data, photos/videos, to third-party services. 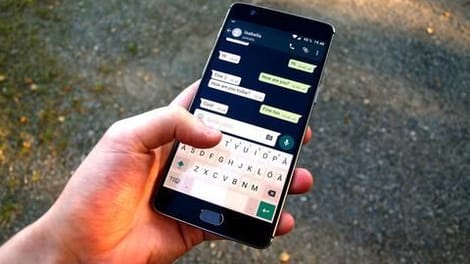 And although the social network says there is no linking of user accounts, it is hard to trust Facebook, especially considering the fact that Facebook started collecting WhatsApp user data mere two years after promising it wouldn’t do so.

No word on stable availability

Currently, there is no word on when WhatsApp’s new Status-sharing feature will be available in a stable release.

Features usually take months before ending up in a stable release, which means we can expect the same here too.

To note, the company is also testing a tweaked media sharing interface and a night mode for the messaging app.